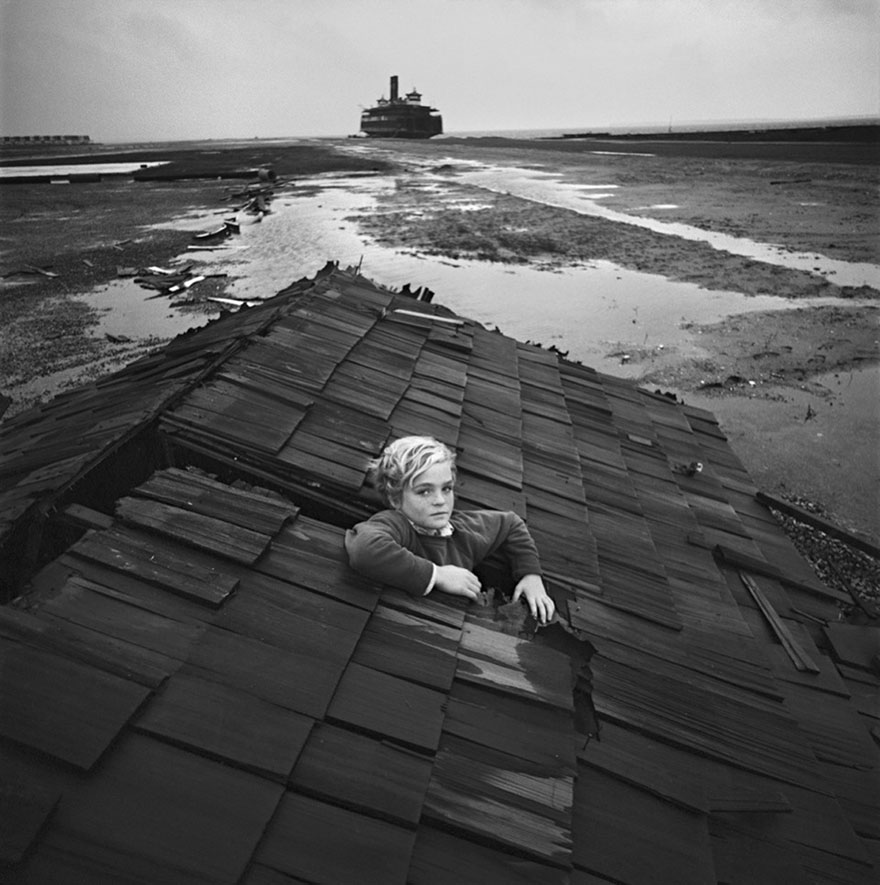 The Dream of Night: a third ancient obsession of human consciousness (birthplace of the marauder, the highwayman, and the vigilante). Myths of the shadow and of the pitch-black; myths of nothingness and darkening, of night as abductor (that it steals our being), night as omen (that it can be read in signs) and oracle (that it reveals the sacred will), or night as portal (that it provides passage into the deranged, the hidden, and the prohibited). Thus a photographer interrogates the recurring themes of children’s nightmares—some born of sleep and others of sleeplessness, some archetypal and others quite unique to behold—and then situates them as accomplices to its black-and-white recreation. As they consent to a second performance of the terror, we are showered with images of the buried alive, of being chased, of growing roots from one’s hands, of submergence in a house’s rooftop, and of not-right men standing in the woods. And yet all is inviting here (one trembles, yet without anxiety), as each instance takes its place within the larger catalogue of an artist-turned-collector. This leads one to ask the proper term for such an album of young visitations-unto-dread: can one even call this an archive, compendium, anthology, or testimony of some kind? Perhaps no invented word yet for what it means to accumulate the many bad sides of malediction and pretending, those which forebode and warn the viewer of an unpromising world…such that the transition from dusk to evening to midnight goes hand-in-hand with the transition from seamlessness to seduction to awful entrapment. The nocturnal therefore speaks only of the inexistent; and the night always wins.