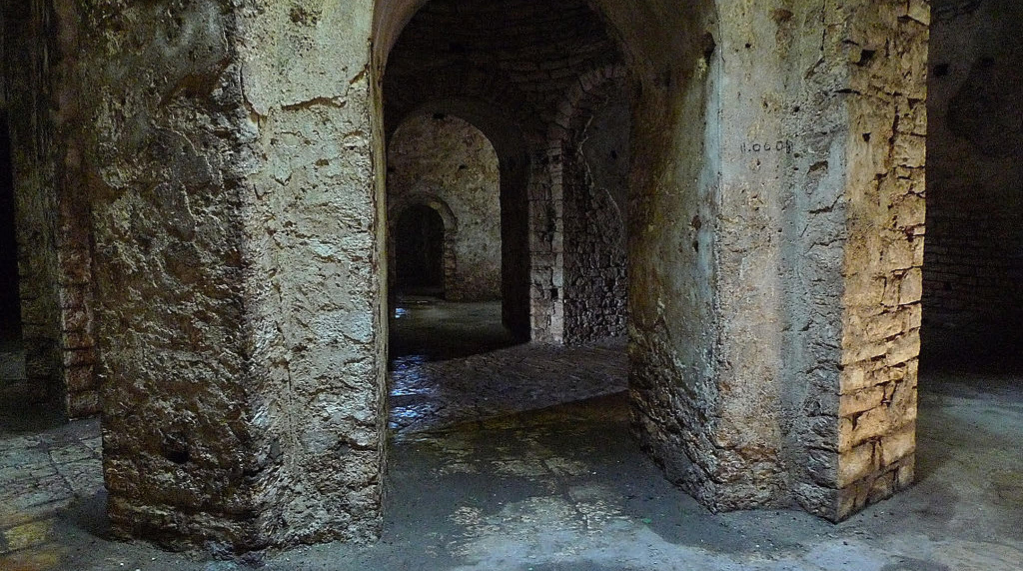 Description: Greek-Australian treasure-hunter finances an excavation to locate the hoard of Ali Pasha near the village of Vassiliki, 218 miles northwest of Athens.

Ali Pasha of Ioannina was an Ottoman Albanian ruler of the western part of Rumelia, in today’s regions of Greece and Albania. During his rule, he amassed a vast fortune both from commerce and spoils of war. After his rebellion against the Sublime Porte, however, and eventual execution in 1822, his castle was destroyed and the treasure lost. Nevertheless, treasure hunting expeditions continue to this day, their fascination and greed fueled by legends of the indescribable wealth and splendor of Ali’s Court, even his possession at one time of the Spoonmaker’s Diamond, an 86 carat pear-shaped diamond considered the fourth largest of its kind in the world, now in the Imperial Treasury exhibition at the Topkapi Palace Museum in Istanbul. It is said that the diamond once adorned the neck of his preferred wife, 18 year-old Kyra Vassiliki, and was a ransom for a French Captain named Camus, captured by Ali’s troops in the battle of Preveza. According to this version of events, Camus was the lover of Letizia Ramolino, Napoleon’s mother, and she paid the ransom with the diamond, which had previously belonged to the executed Queen Marie Antoinette. From Camus’ own memoirs, however, the diamond may have been found by Ali’s army in the ruins of the ancient city of Nicopolis.

Whatever the truth, these treasure hunts are also part of a long history of fascinations with secrets and hidden things which continue to exert their pull from underneath the earth, legends of conspiracies and betrayals that reach further and deeper than any motivation ascribed to them by historical accuracies, mind-boggling accounts of greed and revenge, stories of pirates, thieves, brigands, and cutthroats that live precisely in the dense mist between history and legend. Travelogues no less than scholars are hard-pressed to explain their motives. Lord Byron, who visited Ali at his Court in Ioannina, wrote of the pleasant “honey-mouthed” Pasha, while in a letter to his mother he recounted the horrors of Ali’s barbarity as he roasted rebels in front of his palace. Others speak, on the one hand, of his courage in battle giving him the surname Aslan, the Lion of Ioannina, or of his equanimity and justice, and on the other hand, of his unhinged savagery and treachery. He was “one hundred times more cruel than Nero”, a French officer described him at one point. At the same time as he funded schools and encouraged education and the development of commerce throughout the region, he also sowed the seeds of discord for years to come in the Ottoman Empire as he financed the Balkan insurgency, allying himself closely with Sufi orders, from the Naqshbandi, Halveti, Sâdîyye, and Alevi, but mainly with the Bektashi sect, which was widespread among the Janissaries and became thus a hotbed of rebellion and instability, later to be outlawed by the Young Turks. And so, as many have suggested, it may even be that Ali spent all his fortune in these treacherous double-dealings, though it is impossible to simplify his motives merely to a lust for power.

Nevertheless, when he was finally executed and his head was presented on a silver plate to Hursid Pasha, Alexander Duma writes, he “bowed three times before it, and respectfully kissed the beard, expressing aloud his wish that he himself might deserve a similar end. To such an extent did the admiration with which Ali’s bravery inspired these men efface the memory of his crimes”.

iThere are no comments