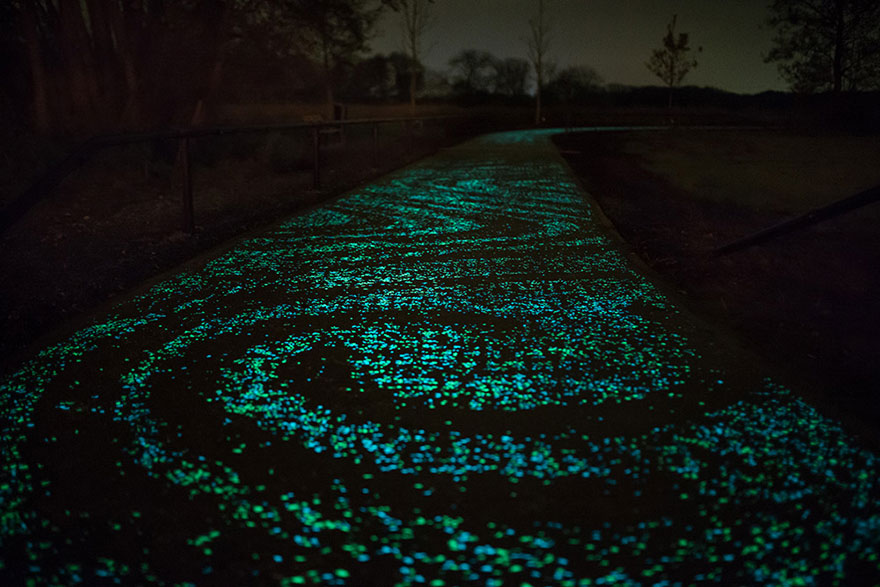 “As if the sky were beneath the cyclist’s feet and the laws of gravity had fallen asleep,” one says. And they are right to marvel at this poetic inversion of space and nature, a lyrical transposition of earth and stratosphere that leaves the rider enchanted along their dim-lit pathways. But heretics have also spoken and dreamt of tainted hours when once-elevated forces would supposedly find themselves deposed like this (to streak across heavens). Thus one wonders whether there is something else here, amid the turning of world-orders upside-down, a cosmological rebellion at work in the gesture of bringing transcendent lairs to low ground. Does the sentimental effusion of color mask an ulterior, hypothermic motive? Does it harbor a will to universal trampling, to the (dis)placement of once-divine registers beneath the wheels (becoming-undaunted)?