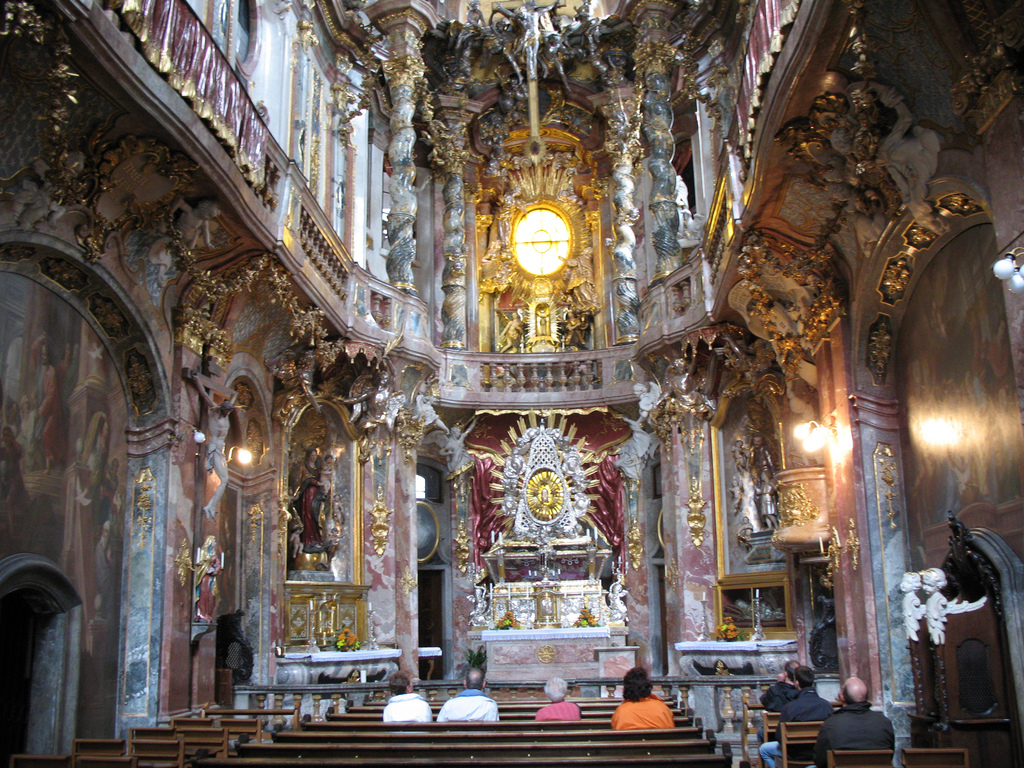 Region/Concept: Europe, Desire
Subconcepts: Sacred architecture, Seduction, Secrecy, Immanence
Description: Originally constructed in the early 18th century by two brothers as their private church, Munich’s Asamkirche now opens its threshold to the public, absorbing its guests in its secret and immersing them in an ecstasy of material and spiritual transfiguration.

The walls drip with angels and heavenly garlands, the columns twist and moan; rigid matter takes on the vitality of flesh, first becoming gilded, and then liquefying in intricate spasms. Through a small aperture light pours into the space, shimmering and flickering across its dematerializing surfaces and permeating its inner depths, submerging and elevating the congregation in a luminous froth of absolution. The built-in sculptures and frescoes swirl together and levitate through gradients of divinity toward the imaginary space above; an image of transcendence that only intensifies the immanent aspirations below, with a sanctity that flows from the body. Egid and Cosmas Asam, a sculptor and a painter, dedicated this miniature church, which they built in a row of houses connected to their own, to St. John Nepomuk, who was martyred by being cast into a river after refusing to divulge to the King the secrets of the Queen’s confessional. It cannot be a trivial architectural detail, then, that a tiny interior window opens directly onto a view of the altar from Egid Asam’s bedroom. Above the altar, enclosed within a radiant container of gold and silver and enfolded by undulating fabrics of stucco, lies the relic of the Saint: the everlasting flesh of his eternally silent tongue.

Posted by: Will Scarlett